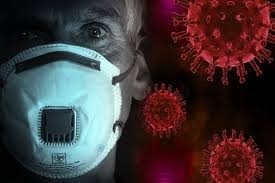 I guess this Annus Horribilis can be characterized as the year of shock and awe! Unpredictable events began their disruption almost from the first day of 2020. Each disruptor became worse than the previous one, culminating in Covid-19 and the carnage that continues to ensue. Over the lockdown period I published several articles representing my personal view on the novel Corona virus and a suggested approach to dealing with it on a more holistic basis. In my last missive I had the arrogance to indicate that it would be my last word on the subject. But true to the nature of this time and space in which we find ourselves, the Universe/Greater Order/God or whatever you wish to call it, had the final say. Without warning and in spite of full awareness of the situation, I found myself a victim of the Corona fiend.

What started off as mere seasonal flu symptoms rapidly took on some ominous ‘novel’ or exotic additions. The sore throat and blocked nose rapidly descended to a dry and uncomfortable cough. Then there was that strange tenderness around both eye-balls which was accentuated when I moved my eyes around. The next exotic symptom was a subjective ‘ electrical buzzing’ feeling in my head, several times a day. Finally and most worrying was my loss of appetite, weight loss and a ‘fullness’ developing in my chest leading to a subjective sensation of air-hunger or dyspnoea, as it is medically termed.

Inevitably then I joined the queue at the lab, had my testing done and waited the long wait. But I knew instinctively that it would come back positive. This was no seasonal flu. Sure enough I became a confirmed statistic. Suddenly the scenario completely changed. I was no longer an attending doctor but rather a patient joining the ranks of the afflicted. I was now also restricted and could not re-enter the clinic to get to my consulting rooms. I was in fact tarnished goods and a threat to the unafflicted. I notified my staff and colleagues who promptly closed the practice and themselves approached the lab for testing.

Back at home I contacted the front-line physicians to advise as to what I needed to do. Specialists treat each other more harshly than they do lay patients – empathy’s in shorter supply. In effect I was told to keep my fluids up and purchase a pulse oximeter to measure my oxygen saturation. I was warned that even in the absence of symptoms, my saturation could plummet indicating the beginning of a cytokine storm and the need for admission and possible ICU treatment. I was reminded that I was in a high risk age group although without co-morbidities. Essentially everything that I knew of the treatment and statistics of this condition were now thrown at me. I was the victim on the receiving end of the accumulated experience of the condition. Hell, all those TV images of the dead and dying now applied to me!

From the very outset the dialogue in my head began. There were three people in my midst – the experienced and seasoned specialist brimming with all the latest facts and stats; the PNI pioneer who had introduced the effects of mind states on illness outcomes; a petrified little creep with episodes of near panic. It became clear that when the little creep took centre stage, the symptoms felt that bit worse. That oppressive feeling in the chest and shortness of breath just seemed to deteriorate. All aggravated by the fact that a pulse oximeter could not be found for purchase. They had all been sold out as essential requirements for getting through the pandemic. Would I die in my sleep because of a catastrophic crash in my oxygenation? Would I develop a cytokine storm, clot up important vessels and stroke?

Enough! The seasoned specialist took up the dialogue. You don’t just crash. Things evolve. Are you really short of breath? Your breathing rate is below thirty per minute and you’re apyrexial (free of fever). Take a puff of your bronchodilator that you use for exercise-induced bronchospasm. An immediate improvement in symptoms. Well that seems a lot better. Just don’t give that little creep an opportunity again to squeal.

Enter the PNI guy. So guess what? You’re in the eye of the storm. Can you take the punch? Can you walk your talk? Best you read up on all that you’ve written and start living it. Indeed I have no co-morbidities. And the symptoms? Well they’re not too serious. And hell, my immune system overcame hemorrhagic Dengue fever last year so there’s no problem with immune function. Eighty five percent of those afflicted have mild or no symptoms. Only two percent have the cytokine storm. So keep the little creep quiet because if given space he’s going to push up the levels of adrenaline-noradrenaline and cortisol and set me up for immune suppression and a cytokine storm.

Reason prevails. The bio-psycho-social perspective wins the day. Subtle changes almost imperceptibly occur. That cough is less and the oppressive chest symptoms are occurring less and less. I’ve got an appetite returning. There is light. Was that a spring in your step? Seems to me that the immune system is doing what it was designed to do. For the first time since my symptoms began I feel a growing confidence that I’ll get through this without needing heroics. But this conniving fiend of an organism still throws up surprises, even as it succumbs to an immune system on the march. As of yesterday I have this hypersensitivity of the skin of my back and chest, together with a sensation of a million crawling ants (medically termed, formication!). This appears to be a documented Covid symptom.

I would like to believe that I’ve reached the other side. Apart from a mild stuffy nose, occasional cough and the formication (not fornication ... yet!) I’m essentially free of symptoms. My appetite has returned and I’ve begun putting on weight. I have to wait the obligatory week to get re-tested and if negative, can return to work. But I’m notified that there won’t be much work to return to since most of the beds in my clinic are now taken up by Covid patients. There’s also a tight squeeze for surgical theatres. We’re in the eye of the storm.

Then of course there’s that question to ponder – why me? Well I guess that I’ve always been a hands-on type of person. It feels a lot more authentic that I practice my profession and provide interpretations of the organism and its victims, having experienced it first hand. One thing that has emerged from this experience is that this Corona bug is a real nasty. In the face of co-morbidities and/or compromised mind states, it’s a killer. It’s important to be discerning and use protection in the context of social distancing. I truly believe that keeping the viral load of inoculation down, may contribute to a less severe illness.

Well then, all that remains to be said is for me to propose a toast to our amazing bodies - here’s to this amazing body and its immune system. And here’s to the miracle of thought and emotion. When you allow the little creeps to whinge and whine and take over, everything conspires against you. But when you transcend and apply the best that you are ... well then anything’s possible.

Who should I get my medical information from: the doctors I work with every single day who spent years in school studying the subject so they could continue to dedicate their lives to the field, or Karen on FB who's sticking a spoon to her arm? Damn, they're just so equally qualified.

#15
Ian Weinberg ... warm welcome dear Dr. "Kind words" are a healing balm. (A point in my poem) "What do your words say about you?" https://www.bebee.com/producer/@fay-vietmeier-pennsylvania/what-do-your-words-say-about-you Be well bee-friend.

Ian Weinberg Apology for the late reading of your experience Dr. I was recently directed by Cyndi wilkins to your post. Very sorry to hear the “healer” needed healing. Your words reflect your spirit is strong. Your mind is strong. So glad to hear that you are healing dear Dr. Thank you for your wisdom & perspective. Annus Horribilis ... catastrophic crash in oxygenation ... formication ... Oh my!!! Gratitude IS a healing balm: “Amazing bodies & immune system” ... “the miracle of thought & emotion” “Reason prevails” May it always be Be well with all your being ;~)

Ian Weinberg good to see you have actually went thru this almost unscathered To your immune system then :-)

I see, Ian, that someone else is spellbound by your writing. 🤣😂🤣 Hope you're well, on the mend, and at one with everything

I see, Ian, that someone else us spellbound by your writing. 🤣😂🤣 Hope your well and on the mend.

#4
Thanks Randy. I'm indeed hoping for that silver lining in all of this - some intrinsic immunity for a while. Stay well.

Wow Ian Weinberg, Glad to hear that you're emerging from the other side of the tunnel. This hits close to home as you are the first person that I personally know that is now afflicted with this. It does make it more "real" for me, Thank You for sharing. Scary times but I do appreciate your perspective and insights. I'm reminded of a quote that you used for me on one of my posts discussing the trials and tribulations of "life". I took it as a very positive and supportive statement and in return I'm presenting it to you in the same vein; "What doesn't kill you just makes you stronger" Well done Sir!

#1
Thanks mate. Shortly will put up my blood serum for sale - with its Corona antibodies. Just to defray costs!

Glad to hear you’re on the mend, Ian. Onwards and upwards, mind over matter, but, most of all, ‘m’ rather than ‘n’ and keep those pesky ants away from your pants. 🤗 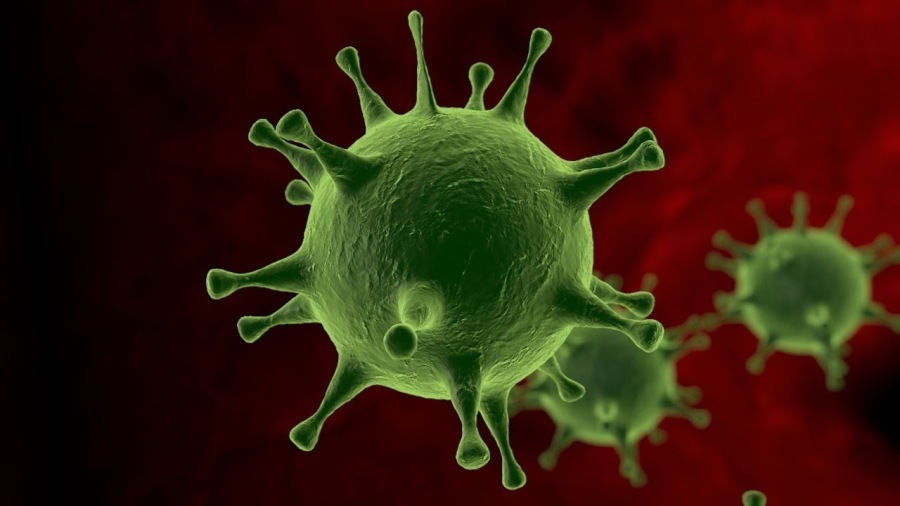 Our very own psychosis

So there was this virus that originated in Wuhan a ... 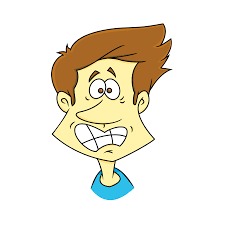 We have arrived at the defining moment of the evol ... 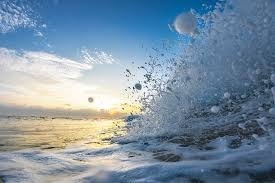 The post-dearth re-birth of mirth · As the sun ros ...